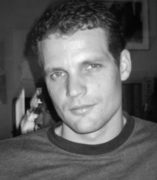 John Whipple is an Associate Professor. He received his PhD from the University of California, Irvine in 2007. His area of specialization is early modern philosophy. He has written on Leibniz, Descartes, Malebranche, and Hobbes. His current research is focused on Leibniz’s distinction between esoteric and exoteric modes of philosophical discourse. He believes that careful attention to this distinction can help us attain a better understanding of central features of Leibniz’s philosophy including his views on substance, causation, possible worlds, and the problem of evil. It also sheds new light on the interpretive debate about the extent to which Leibniz is a systematic philosopher.