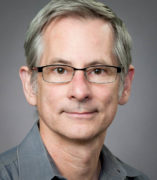 Daniel Sutherland is an Associate Professor. He received his PhD from U.C.L.A. in 1998, was a Postdoctoral Fellow in the History and Philosophy of Science Department of Indiana University from 1998-99, and came to UIC in 1999. His primary interests include the relationship between philosophy, mathematics and science in the work of Immanuel Kant, and mathematical cognition more generally. He was a visiting professor at Harvard University in Spring 2006, and taught at the University of Chicago in Fall 2008. He has been awarded grants by the NSF (2006-7) and the American Philosophical Society (2010-11). Some of his publications are "Kant's Philosophy of Mathematics and the Greek Mathematical Tradition," Philosophical Review (2004), "The Role of Magnitude in Kant's Critical Philosophy," Canadian Journal of Philosophy (2005), "Kant on Arithmetic Algebra, and the Theory of Proportions," Journal of the History of Philosophy (2006), "From Kant to Frege: Numbers, Pure Units, and the Limits of Conceptual Representation," Royal Institute of Philosophy Supplement (2008), and "Philosophy and Geometrical Practice in Leibniz, Wolff, and the Early Kant," in Discourse on a new Method: Reinvigorating the Marriage of History and Philosophy of Science (2010).