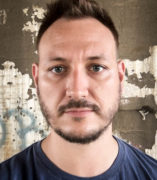 Will Small is an Assistant Professor. He joined the department in August 2014. He received his PhD from the University of Chicago in 2012, and from 2012-2014 was a Post-Doctoral Research Fellow at the Centre for the Study of Mind in Nature at the University of Oslo.

Will's main research interests are in philosophy of action and ethics. Topics of focus include the knowledge that agents have of their intentional actions, the nature of skill and skilled action, ethical knowledge, and virtue. He is also interested in self-consciousness, the second person, and moral psychology, as well as in the history of philosophy (in particular, Aristotle, Kant, and Wittgenstein).