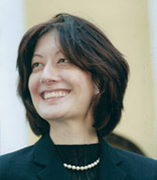 Constance Meinwald did her PhD work in Princeton’s Classical Philosophy program and strives to combine the resources of classics with philosophical activity in reanimating the dialectic of philosophy in antiquity.  Connie’s earliest work took the form of her book, Plato’s “Parmenides” (Oxford, 1991).  She has published a variety of journal articles and conference pieces on Plato, as well as studies in the history of the notion of consent (“Ignorance and Opinion in Stoic Epistemology,” Phronesis 2005, and “Two Notions of Consent,” Oxford Studies in Ancient Philosophy 2011).  She has contributed substantial essays to the Cambridge Companion to Plato (1992) the Oxford Handbook of Plato(2008), and Encyclopaedia Britannica.  Her wide-ranging and broadly accessible Plato(2016) has just been published in the Routledge Philosophers Series.

Prof. Emeritus Meinwald has been a Junior Fellow of the Center for Hellenic Studies, a Fellow of the UIC Humanities Institute (twice), and has taught as a visitor at Cornell and at Barnard/Columbia.

A 2016 appearance at the Toronto Ancient Philosophy Workshop on Ways of Interpreting Plato  takes up the question “What Do We Think We’re Doing?”