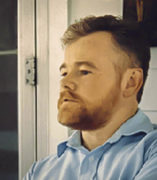 Jon Jarrett is an Associate Professor Emeritus. He attended Iowa State (BS, Physics, 1975), Cornell (MS, Physics, 1977), and the University of Chicago (PhD, Conceptual Foundations of Science, 1983). Before joining the UIC faculty, he taught at the University of Vermont, Harvard, and Cornell. His specialty is the philosophy of science with a particular emphasis on the foundations of physics. He also has more general interests in logic, metaphysics, and epistemology. His publications include "Bell's Theorem: A Guide to the Implications", in Philosophical Consequences of Quantum Theory, ed. by J. Cushing and E.McMullin(1989).