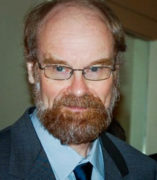 Peter Hylton is Professor of Philosophy and UIC Distinguished Professor. He received his PhD in Philosophy from Harvard University. His chief area of interest is in understanding, interpreting, and coming to terms with the history of analytic philosophy. (Doing this requires doing a good deal of work on philosophy of language, epistemology, metaphysics, and logic.) He has been awarded fellowships by the Rockefeller Foundation, the A.C.L.S., and the NEH. He has published Russell, Idealism, and the Emergence of Analytic Philosophy (Oxford University Press, 1990) and Quine (Routledge, 2007); he has also published numerous essays, some of which are collected in Propositions, Functions, and Analysis (Oxford University Press, 2005)