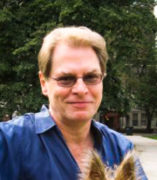 Hart’s primary interests are logic, philosophy of mathematics, metaphysics, and epistemology. His book The Engines of the Soul is an argument for dualism as a solution to the mind–body problem. The Evolution of Logic is a critical history of the relations between logic and philosophy over the last 130 years, and it reflects the core of his teaching over his career. Readings in the Philosophy of Mathematics, which he edited with an introduction, is a successor to the old Hintikka volume (the two have no overlap, the newer volume being a collection of philosophy papers, not mathematics).